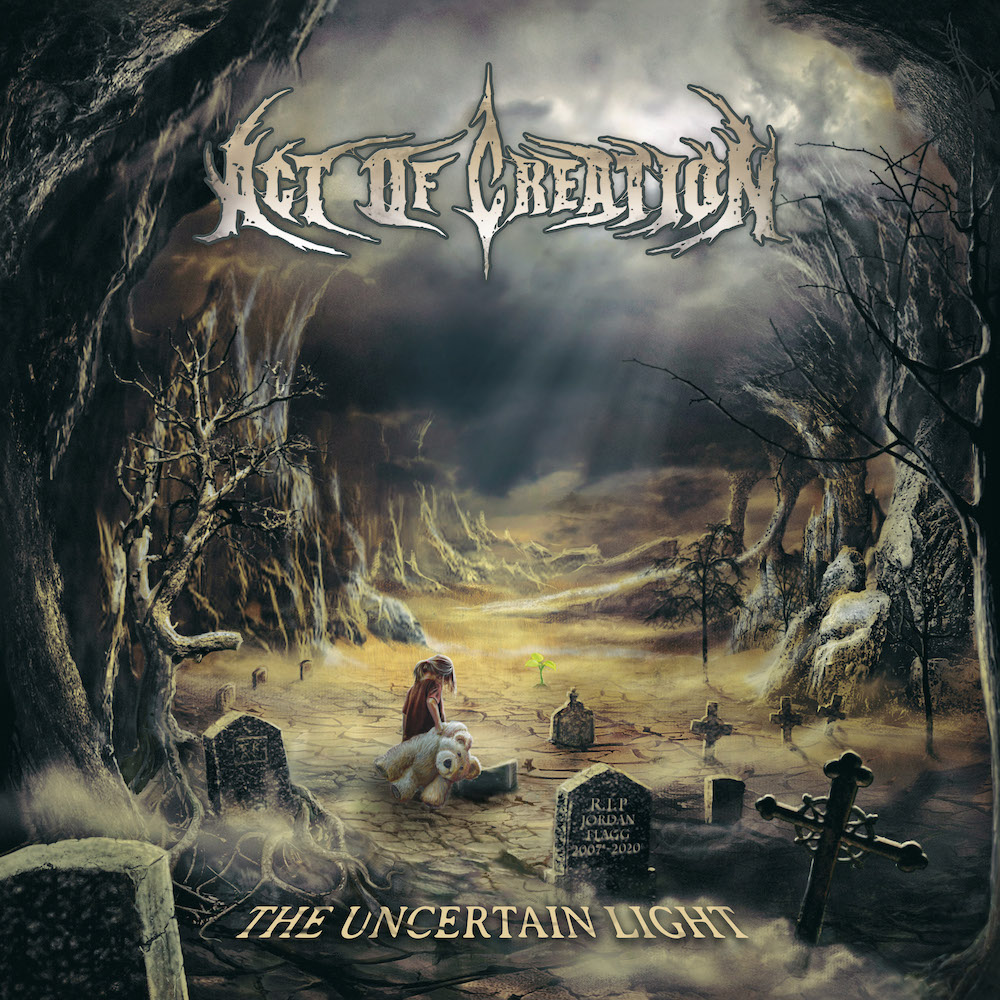 If you include the predecessor band E 605, Act Of Creation are almost one of the veterans of the German death metal scene since the mid-nineties. After the split of E605 guitarist Carsten Schluch didn't hesitate to start a new beginning with Act Of Creation. With "The Uncertain Light" in 2020 the fourth longplayer under this name is now available.

The four guys around female singer Jess prove that they are serious about it and serve us on 10 songs an energetic mixture of merciless thrash and emotional Melodic Death Metal, with which the band could gain a loyal live audience in the last years.

The drums for "The Uncertain Light" were recorded in the legendary Kohlekeller Studios, while the rest was set up in the Cursed Studios. Mix and mastering was done by Dennis Koehne (Sodom, Exhumer, Caliban, a.o.), while the impressive artwork by Timon Kokott finished the great new album visually.