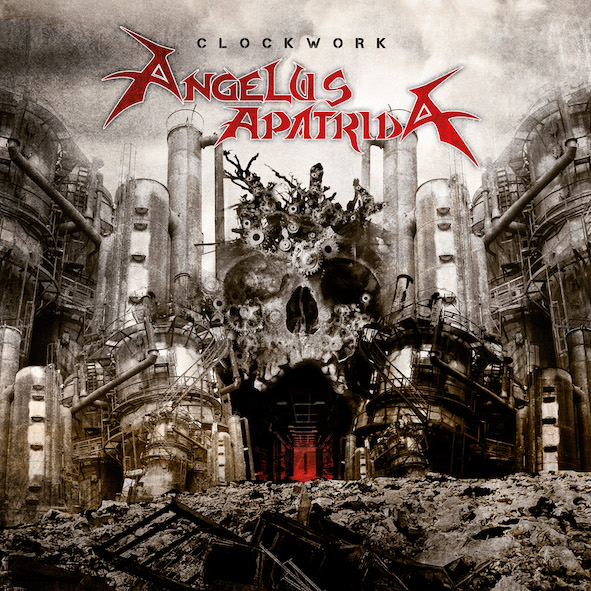 The spanish Thrashers ANGELUS APATRIDA (spanish for homeless angels) were founded in 2000 and come from the idyllic town of Albacete, a place where you would most likely not expect as home base of a Thrash Metal band. Tours with e.g. Arch Enemy, Warbringer, Skeletonwitch or 3 Inches Of Blood placed the four boys on the map and quickly became known to every Thrasher of the second generation. The first internationally released album „Clockwork“, which was released on June 21st 2010 cemented their status into the Thrash Metal scene.

The reviews were overwhelmed and the band presented themself on stage like a dervish. Incomprehensibly this gem of an album disappeared from the market. For years this Thrash Metal Monster was only available on the second hand market. This had to be stopped and this is why we present you this official Re-Rlelease of „Clockwork“. The bonus track of the limited first edition from this release we include also. I think you gonna like this „Be Quick Or Be Dead“ Cover-Version of Iron Maiden.

Make sure you put this rerelease diamond into your CD Collection. Razor-sharp riffs are garnished with aggressive melodies and songs which blow away your ears.