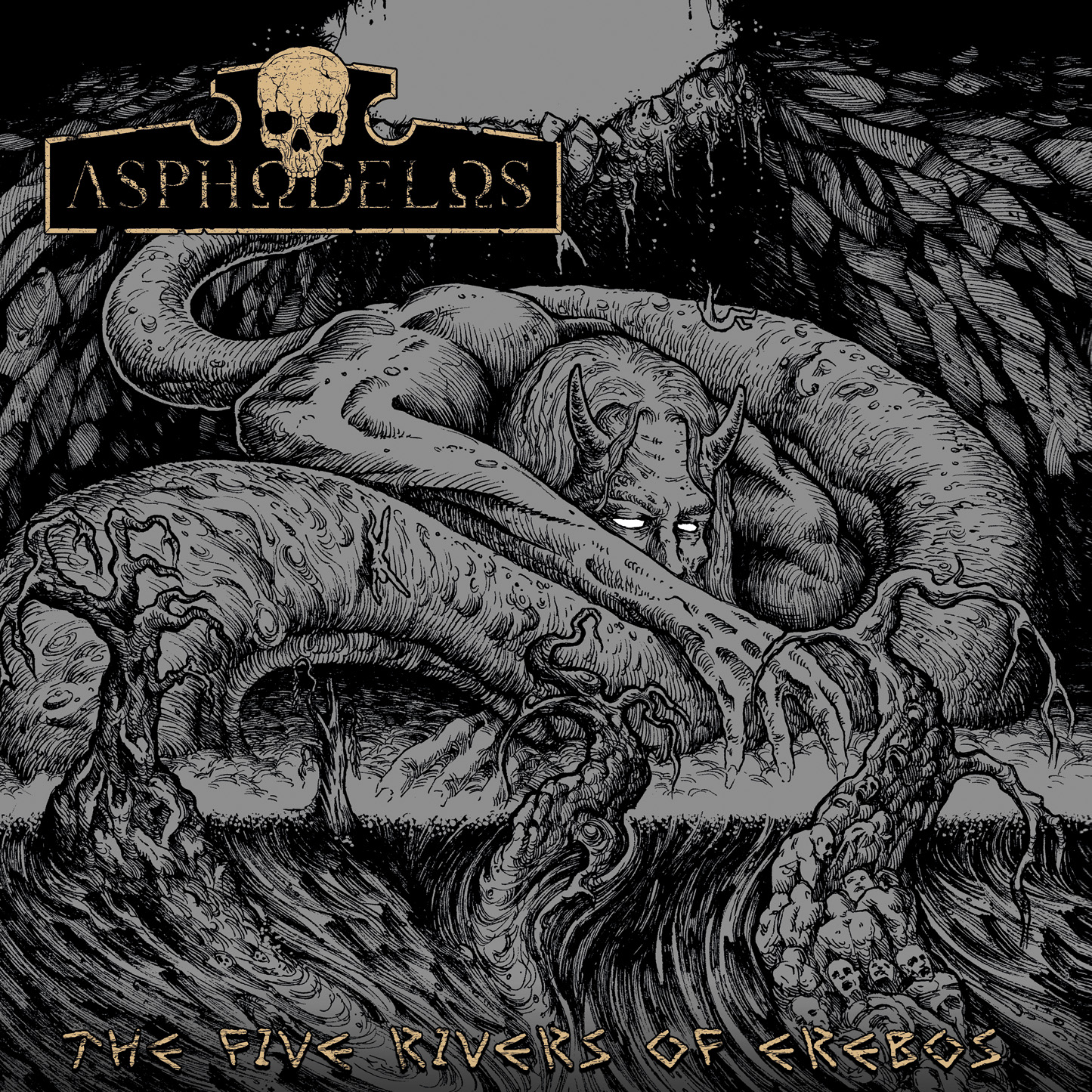 Originating from "Hatred Within" in 2010, the Thuringian band Asphodelos dedicate themselves to classical death metal with a slight Scandinavian touch. Since their foundation, they have published regular demos that have attracted a lot of attention within the scene. With the long-awaited debut album "The Five Rivers Of Erebos" the guys show now, that they are ready to take the next step.

Musically, the listener can expected a lot of hammering riffs and a steamroller-like basic mood, in which the thematic spectrum from Greek mythology to the abysses of the human soul is first-class implemented with a touch of melancholy. Recorded in the Thuringian Hörsturz studio and produced, mixed and mastered by Norman Wille (e. g. Carrion, Beneath the Dying Sky) the quintet makes a great debut.

The artwork for the album is by the way from Roberto Toderico, who was also responsible for releases of Asphyx, Sinister and Rogash. Fans of old Dismember, At The Gates and Hypocrisy should definitely risk an ear here!