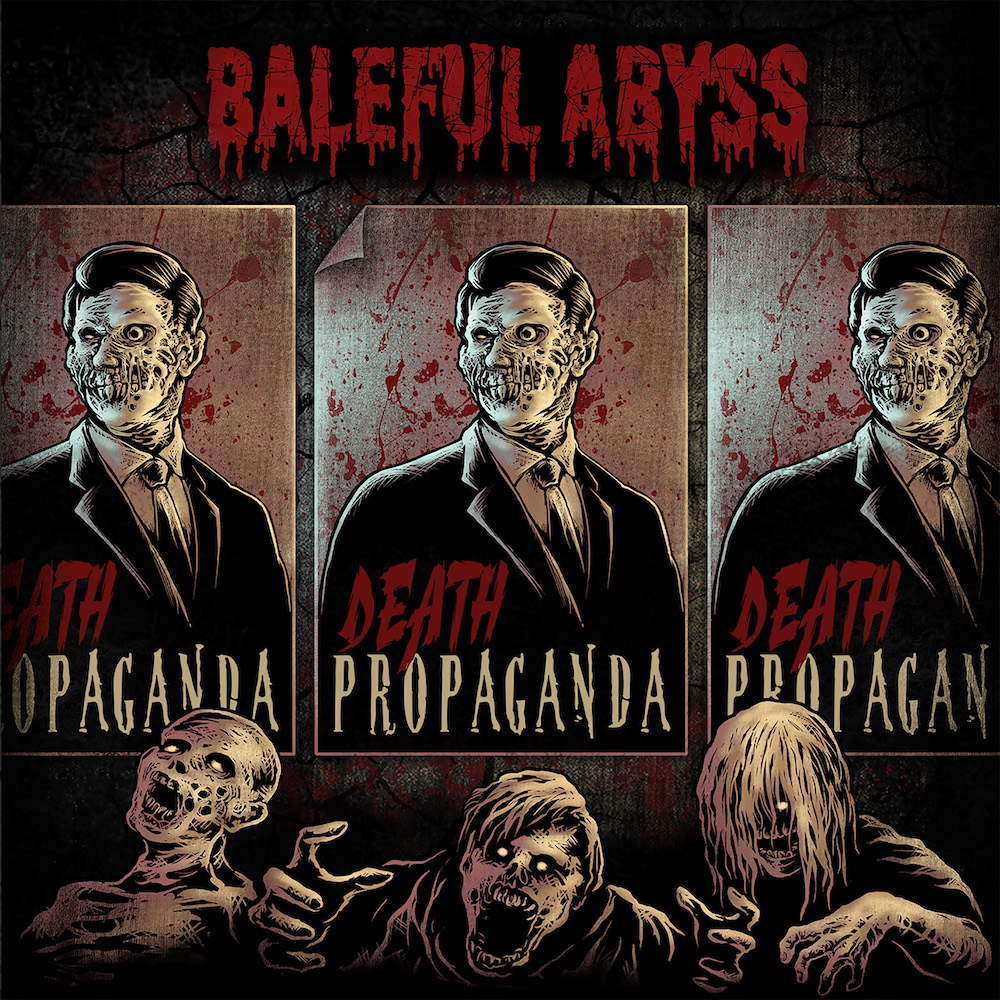 With "Death Propaganda" Baleful Abyss present their debut album, which actually is no debut album at all. The Quartet from Germany has released 3 albums under the name "Zombieslut" since 2008 before they decided in 2019 to make a restart under a new name. But the did not change their musical orientation, because it is still almost classic Old School Death Metal, which also booms out of the speakers on the current album!

Baleful Abyss stands for obscure, massive Death Metal and presents 11 tracks plus intro full of groovy and doomed brutality. The band takes a look into the abysses of the human soul and pushes this mixture directly and mercilessly through the ear canals.

The current album was recorded by the band themself and was mastered by Tim Eiermann (Pyogenesis, Gut). The cover artwork is by Afel Rafael / The red Devils Art (Suicide Silence, Voices Of Ruin).