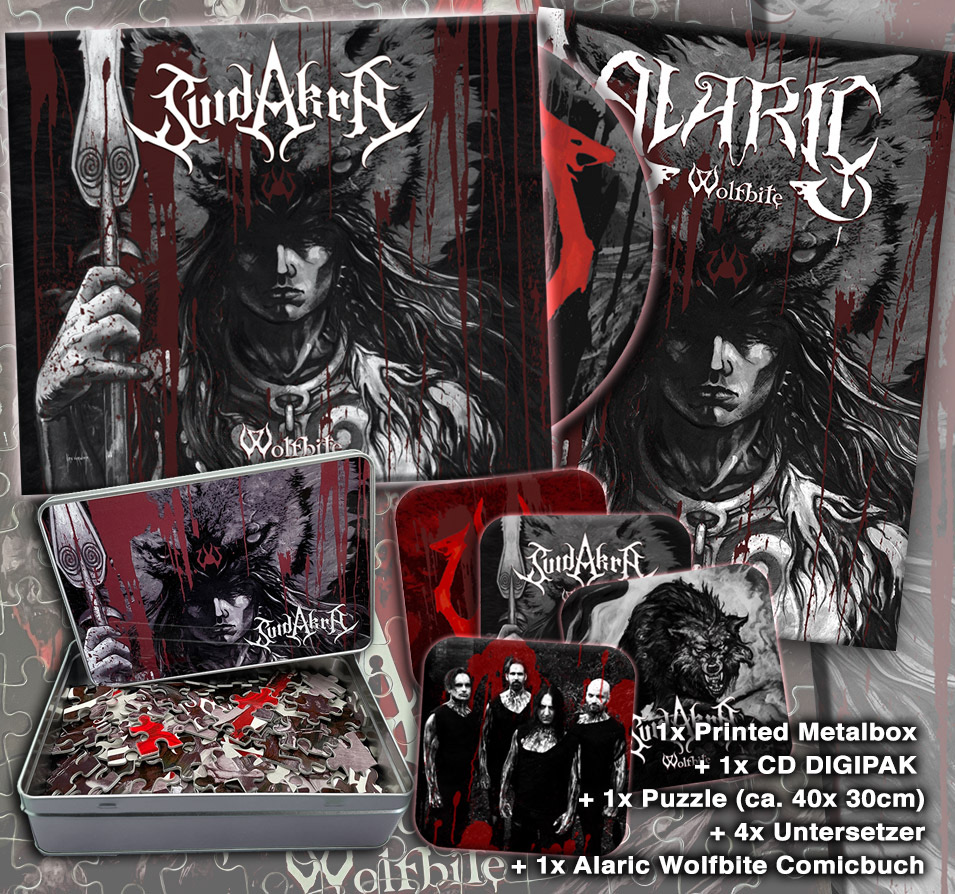 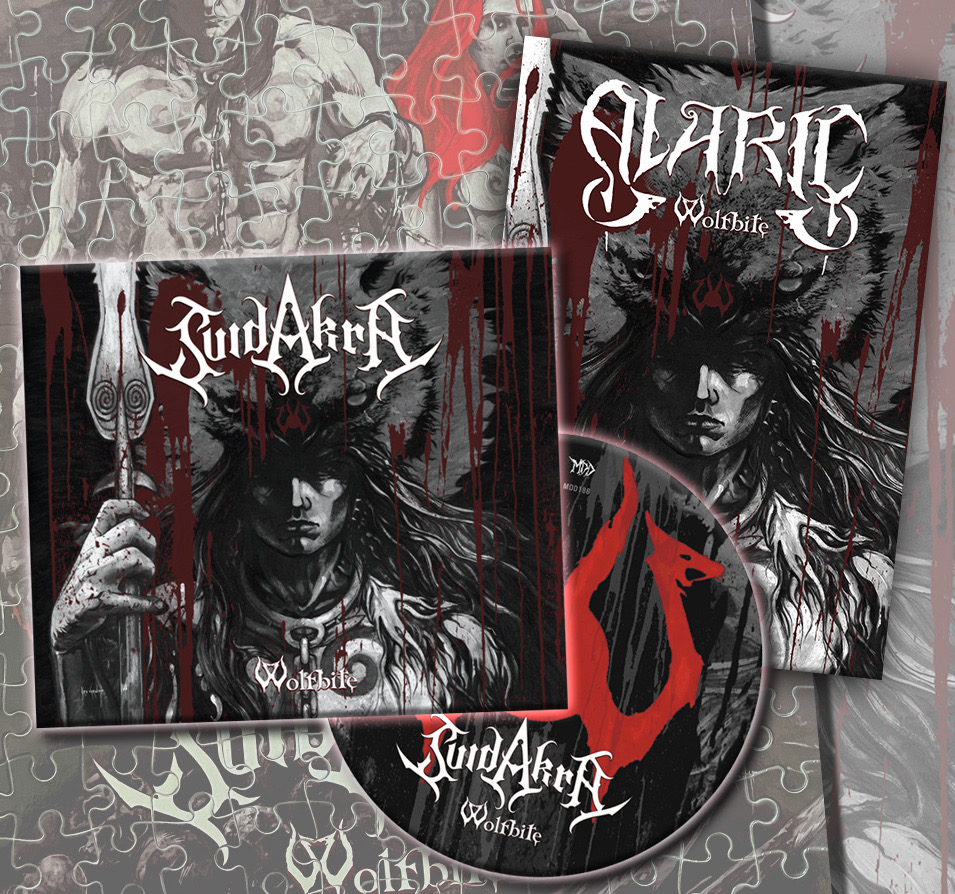 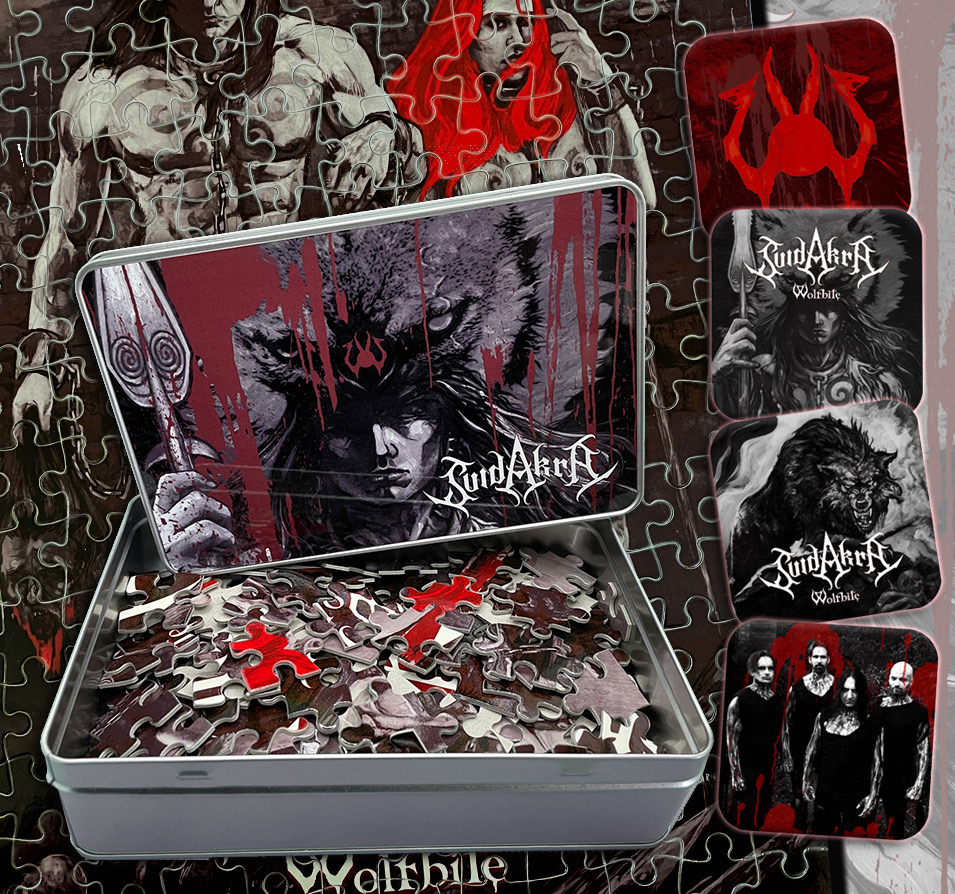 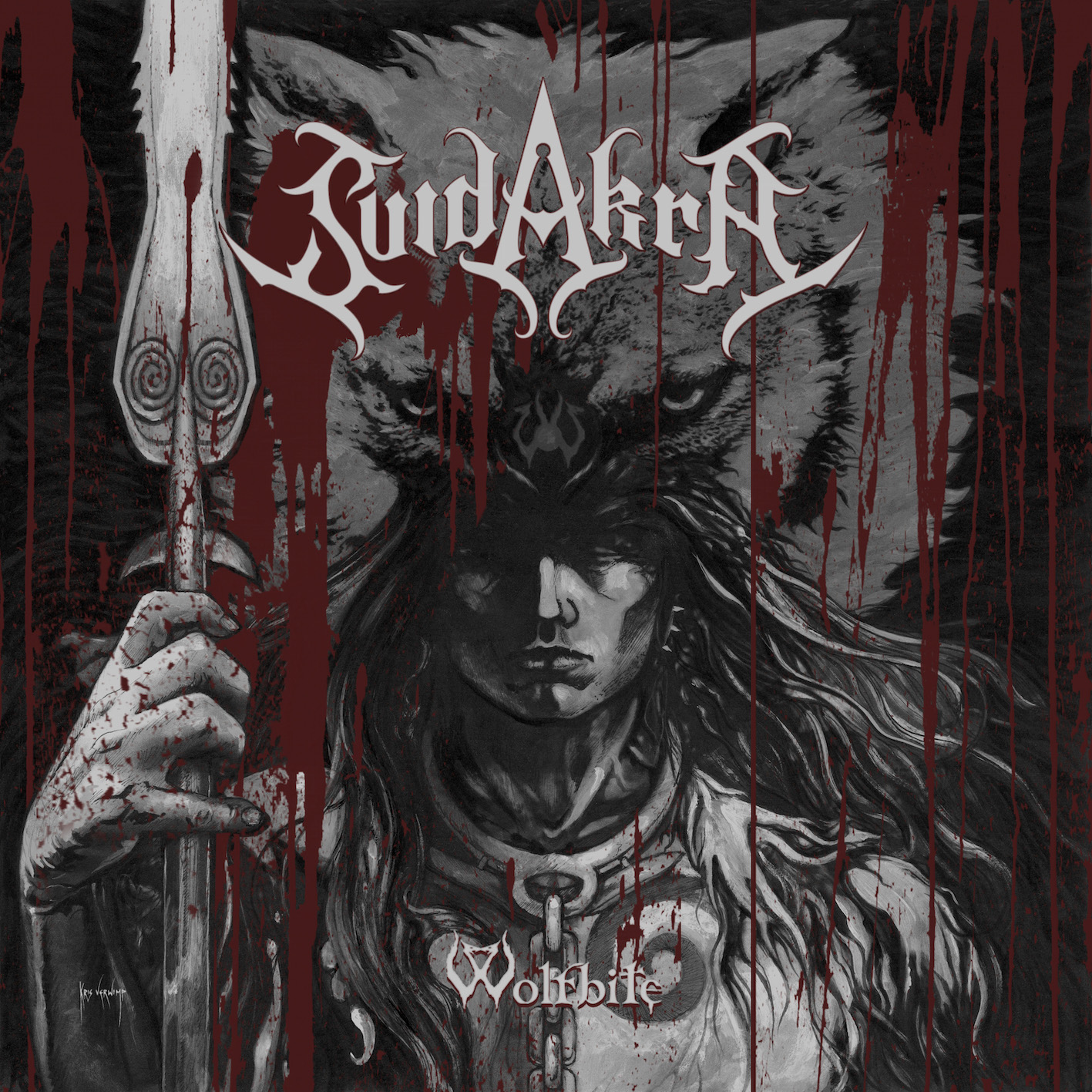 After more than 25 years of history and more than 13 studio albums as well as worldwide tours, can a band reinvent itself or even release the unexpected? Well, Suidakra may not reinvent themselves completely in 2021, but on their new album "Wolfbite" they create a mixture of all their past musical work and a fresh breeze, which gives the impression that the band has risen from a fountain of youth.

"Wolfbite" is bursting with power, uncompromisingness and joy of playing. The collaboration with Aljoscha Sieg (Eskimo Callboy, Vitja, Gestört aber GeiL), which is certainly untypical for die-hard fans, results in a breathtaking, lively sound, which from the very first note makes any scepticism about whether Suidakra still sound like Suidakra in 2021 evaporate. With the proven concept story from the "Realms Of Odoric" cosmos, lyrically and visually realised by Kris Verwimp, of course, "Suidakra 2.0" presents itself in a form that even old fans probably wouldn't have dreamed of.

With "Wolfbite", Suidakra succeed in travelling from the past into the future and surely present one of THE albums of the year 2021.

"As a fanboy since the debut, I am of course proud to be able to release the band's most mature work. Check out all the old albums and you will hear 100% Suidakra. But what is Wolfbite then? One thousand percent Suidakra? Album of the year - basta! Nothing beats that."
- Markus Roesner / CEO, MDD Records