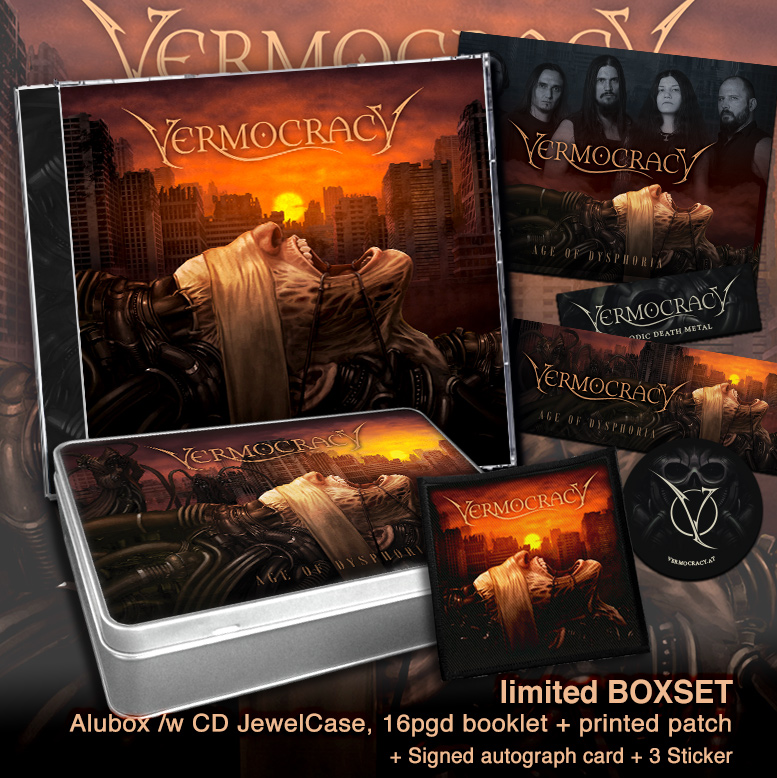 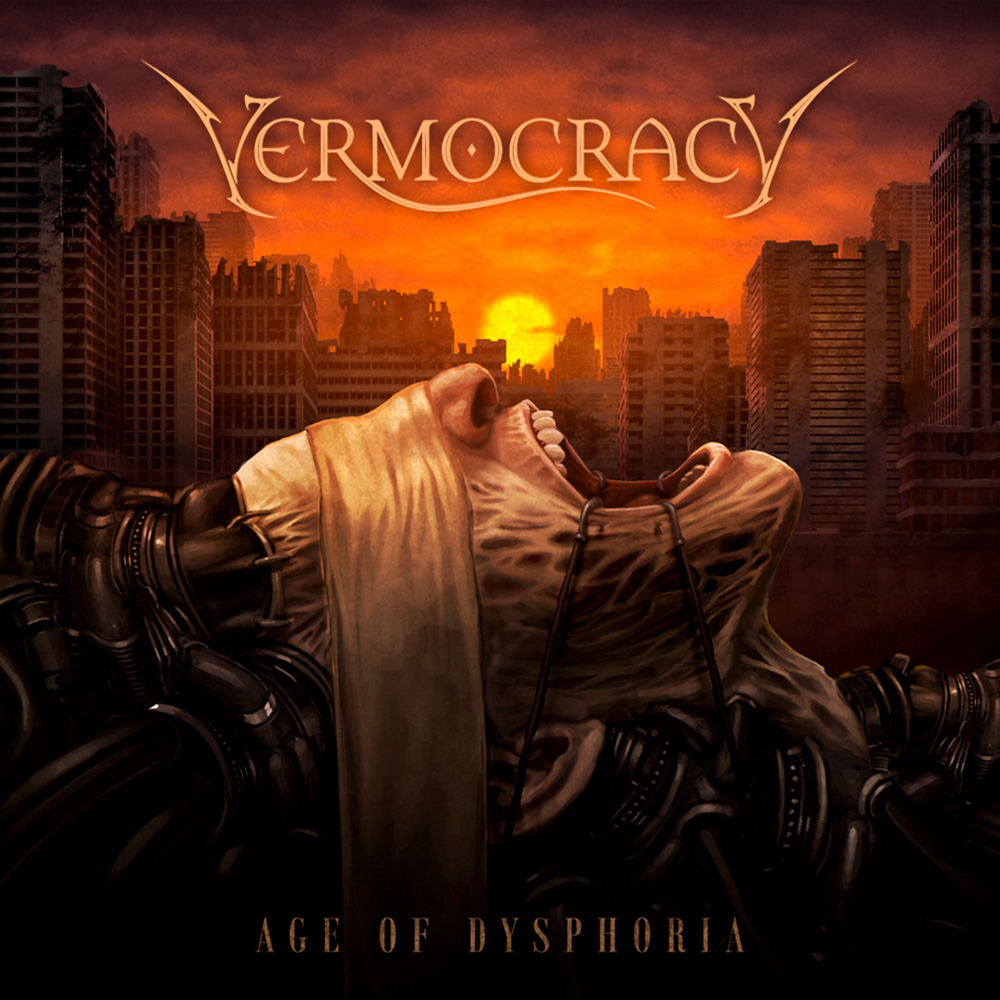 Vermocracy from Vienna, founded in 2017, already caused quite a stir in the underground with their self-titled debut, released in 2020. The band has undoubtedly dedicated itself to dark melodic death metal, as a nod to the genre greats of the 90s. Stylistically and in terms of content, the band draws a dystopian picture of the failure and decay of modern society with powerful riffs, earthy grooves and bestial vocals.

With "Age Of Dysphoria", the band consistently continues the path they have taken since their foundation and delivers an album that sets new standards in the band's history, both technically and compositionally. Aggressiveness paired with the necessary groove, playful melodies combined with powerful harshness and all that, despite a clear homage to the melodic death metal of the nineties, with a contemporary freshness and great joy of playing characterises the album, which lyrically deals with the desolation and hopelessness of today.

Age Of Dysphoria" was recorded, produced and mastered in Norbert Leitner's studio in Vienna, which gives the band a more than powerful sound, which is further enhanced by the artwork by Armin Stocker, who also gives the whole thing a fitting visual framework. Vermocracy will definitely be a force to be reckoned with in the years to come!